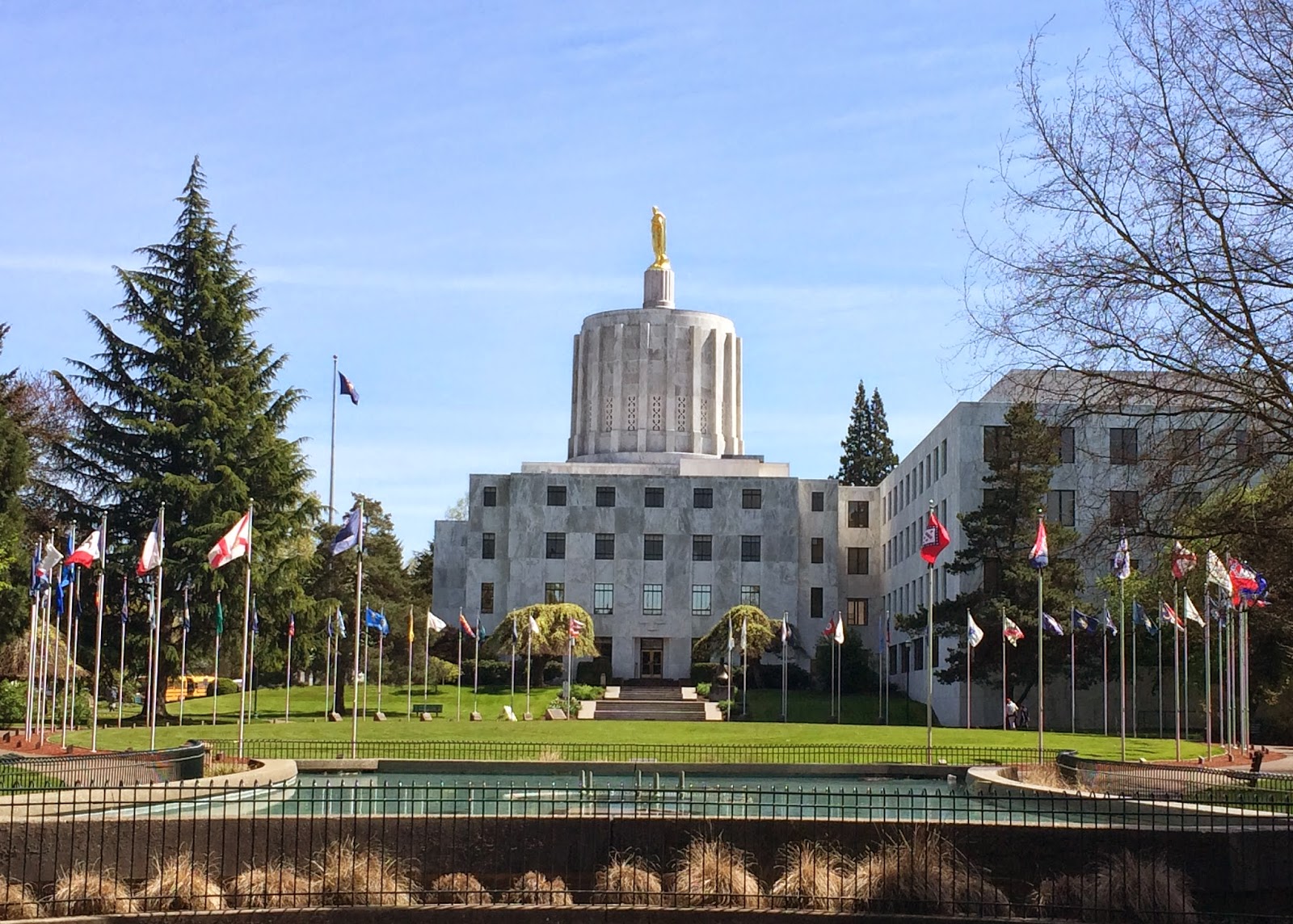 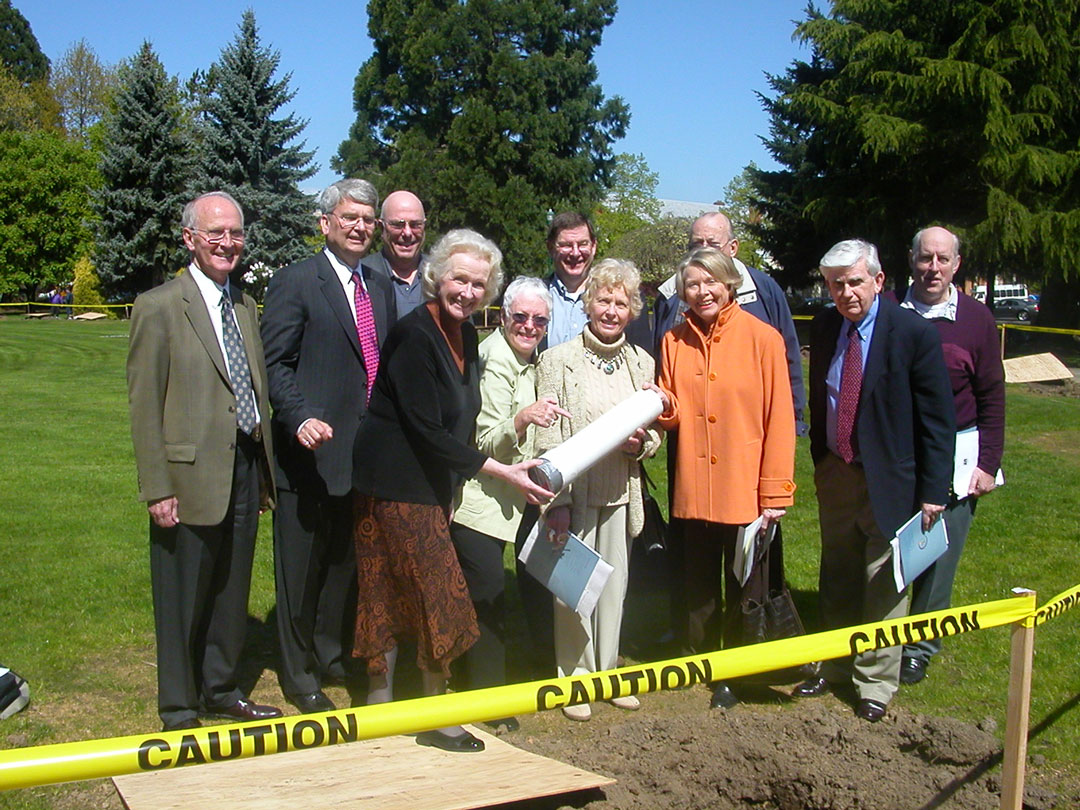 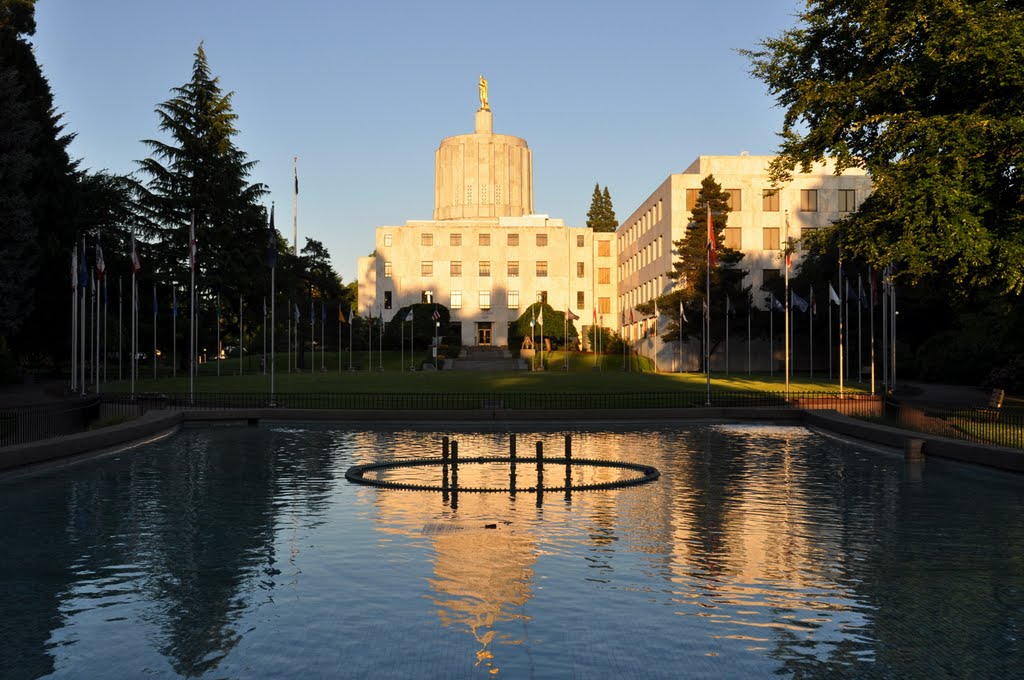 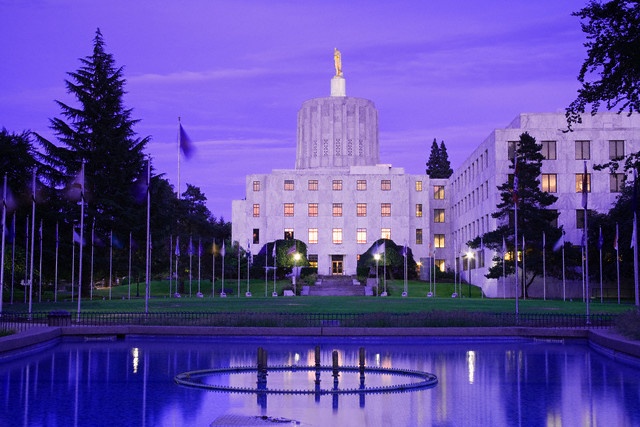 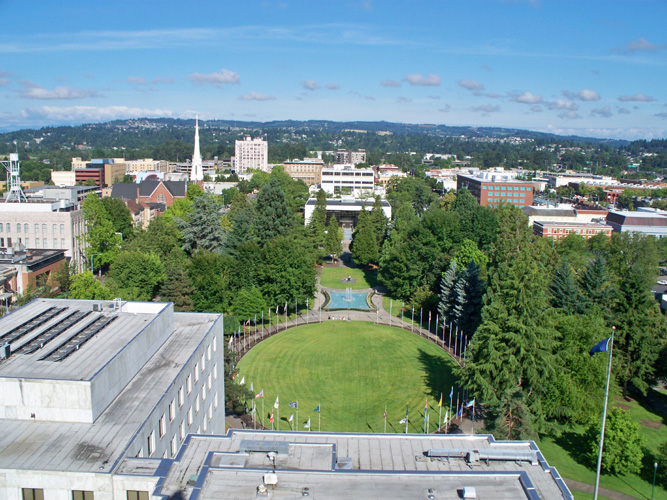 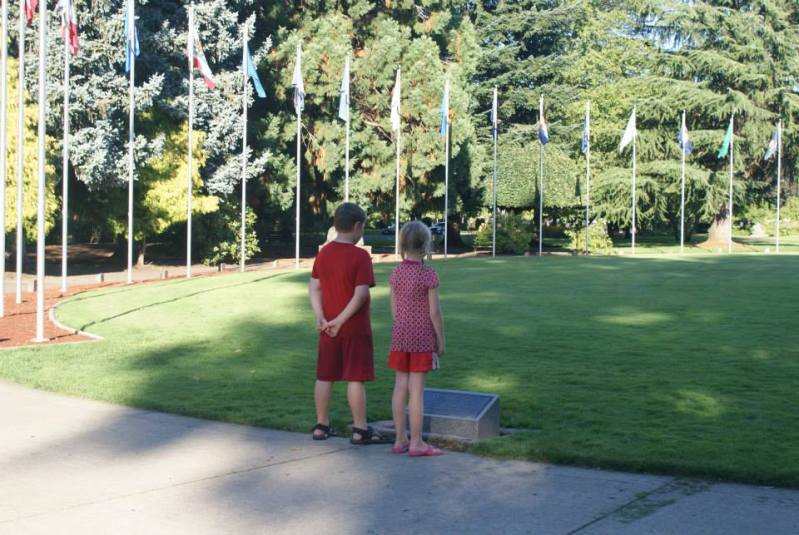 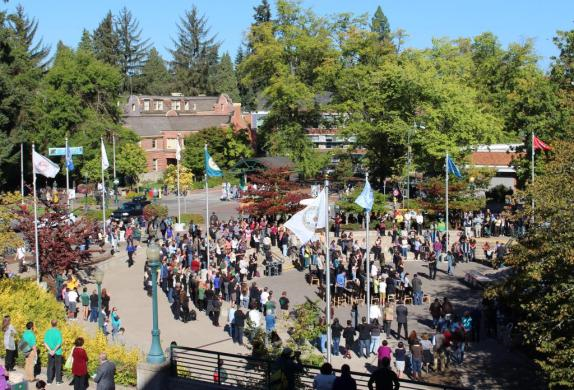 A VIBRANT DISPLAY OF STATE HISTORY

The Walk of Flags is a beautiful enhancement to the Capitol grounds, although it is temporarily closed during Capitol Accessibility and Maintenance and Safety project construction. When it reopens, you will once again be able to stroll this visually stunning exhibit of statehood.

Installed in 2005, it features flags from all 50 states displayed in order of admission to the Union. Delaware, our nation’s first state, is the first flag as you approach the display in Willson Park from the Capitol. The Walk of Flags provides an educational opportunity for you, your family and visitors from around the world. Did you know:

In 2016, Oregon lawmakers voted to remove the flag of Mississippi because of its Confederate emblem. Since that time, the state of Mississippi retired the flag on June 30, 2020, and adopted a new flag known as both the “In God We Trust” flag and the New Magnolia flag on Jan. 6, 2021.

How the Walk of Flags project unfolded

This Oregon State Capitol Foundation funded the Walk of Flags, also known as Walk of the Flags, project through private donations. Installation of the display began with the pouring of concrete for the flagpoles in May 2005 and the affixing of plaques recognizing the donors and their honorees prior to the dedication event.

On June 14, 2005, friends and supporters of the Oregon State Capitol Foundation celebrated Flag Day together as they dedicated the Walk of Flags. During the dedication ceremonies, elected officials including Gov. Kulongoski, Senate President Peter Courtney and Speaker Karen Minnis gave the opening remarks and the Marion County Citizens’ Band performed. Frank Brawner, chair of the Walk of the Flags fundraising committee, and Tony Meeker, Foundation chair at that time, also took part in the festivities.

The Foundation, sponsor of the Oregon flag, invited donors to raise the flag they sponsored. Proceeds from the project paid for installation and helped establish a long-term endowment fund for the Foundation. Our mission is to preserve the Capitol, share its history and engage Oregonians in our democracy.

My wife Gail and I sponsored the Montana flag because that’s where she is from. We love it there. We’ve traveled to Montana every year since 1966.

Nine of Oregon’s federally recognized Native American Tribes added their flags as a separate display in 2009. Oregon tribal governments are separate sovereigns with powers to protect the health, safety and welfare of their members and to govern their lands.

Use the links below to learn more about each of the state’s nine tribes, including topics such as their economy, points of interest, history, and culture.

Join the many friends who have already committed to helping the Foundation accomplish its mission to preserve our Capitol, share its history and engage Oregonians in our democracy.