Celebrating the Gift of Music
Inaugurating the Steinway pianos gifted to the Oregon State Senate and House of Representatives with history making concerts. 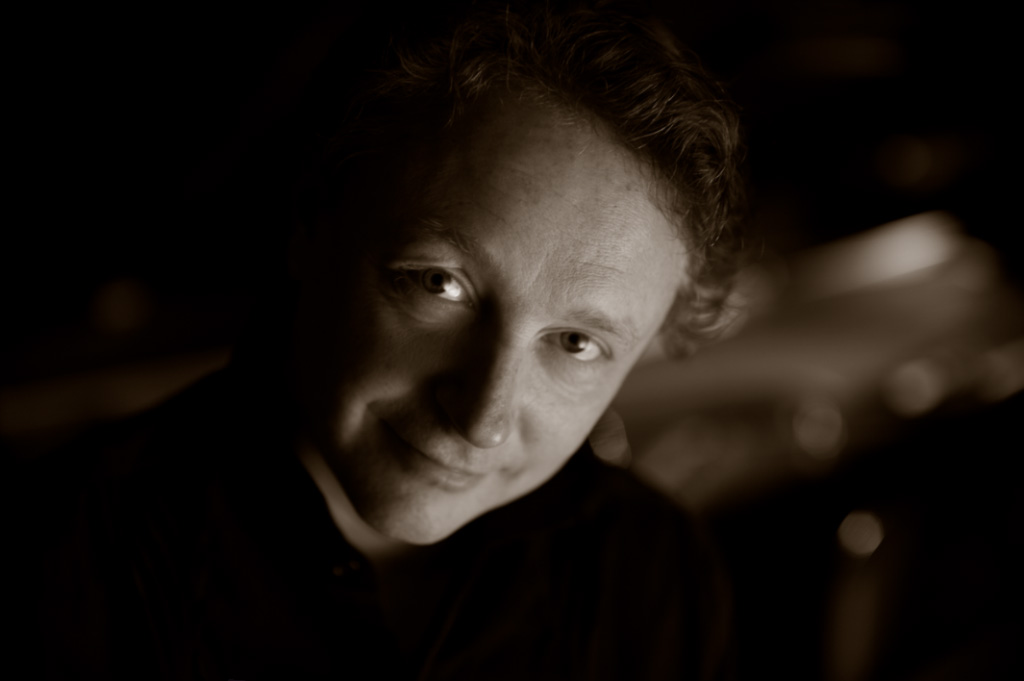 A history-making concert in the House of Representatives

Michael Allen Harrison, an iconic songwriter and pianist from Portland, captivated the audience with a 90-minute evening performance. Despite the grandeur of the House chamber, Harrison completely filled the room with an interweaving of beautiful music and the sharing of personal stories.

The Steinway and Sons piano he played was a gift to the Oregon State Capitol House of Representatives before the start of the 2017 session. A plaque affixed to the side of the piano includes a famous quote by Hans Christian Anderson, “Where words fail, music speaks.”

Efforts of the Oregon State Capitol Foundation board of directors, sponsorship from former state representative Lane Shetterly and Mrs. Francine Shetterly, the generosity of Portland Piano Company and donations from supporters like you made this extraordinary gift possible. 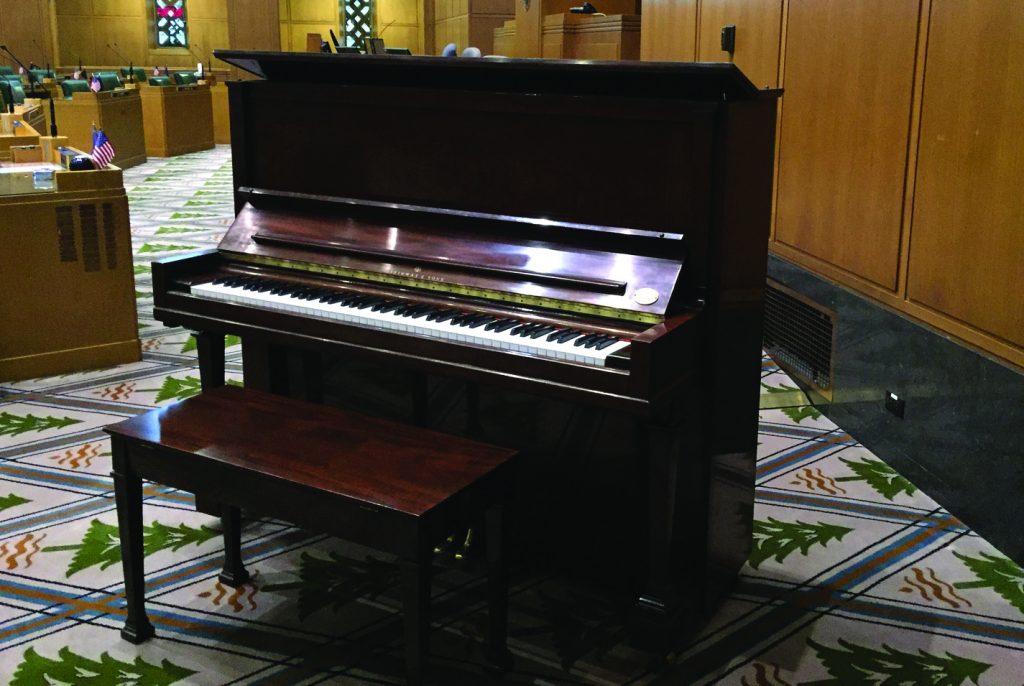 “The Oregon Capitol Foundation has been a bedrock in maintaining and sustaining the treasure that is the Oregon State Capitol. This thoughtful gift will advance this goal for generations to come.“

Meiling Larson then christened the new instrument on the opening day of the 2017 Legislative Session performing her original composition “Beautiful Oregon.”

A history-making concert in the Oregon State Senate chamber 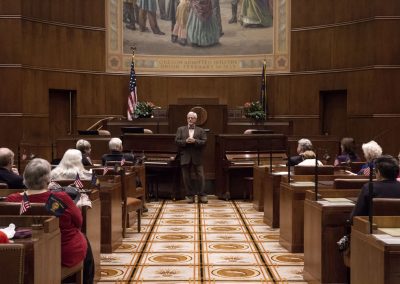 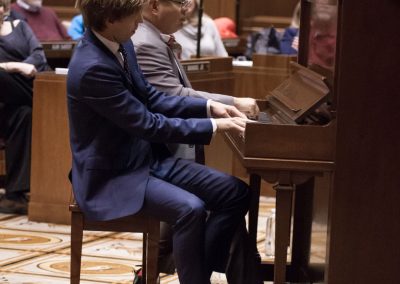 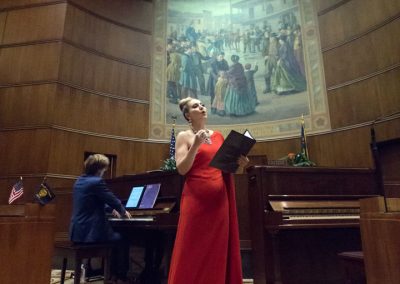 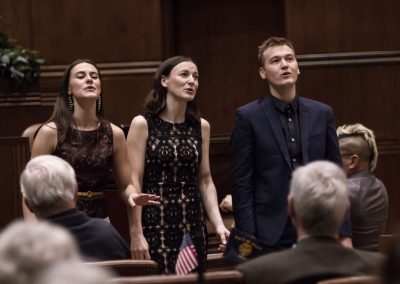 The Oregon State Capitol Foundation arranged this history-making event after donating a new piano to the Oregon State Senate on behalf of all Oregonians. The Oregon State Senate received the beautiful instrument on June 29, 2017. A plaque on the side of the piano includes a quote by Victor Hugo, “Music expresses that which cannot be said and on which it is impossible to be silent.”

The Senate and House collaborated with the Foundation to use both the Senate and the House pianos for this history-making concert. Thomas Lauderdale of Pink Martini and internationally acclaimed concert pianist Hunter Noack performed duets and side by side on the pianos. They also accompanied soprano Katie Harman Ebner — the only Oregon woman to become Miss America.

Concertgoers also enjoyed the dulcet tones of Melanie, Amanda and August von Trapp, descendants of the Austrian family of Georg and Maria von Trapp, whose story inspired the Broadway musical and enduring film “The Sound of Music.” After a solo performance of “Friends” by August von Trapp, Harman Ebnar joined in singing “Hushabye Mountain” by Richard and Robert Sherman with the family of singers.

The memorable evening concluded with Lauderdale and Noack performing a show stopping performance of “Rhapsody in Blue” by George Gershwin on two pianos. 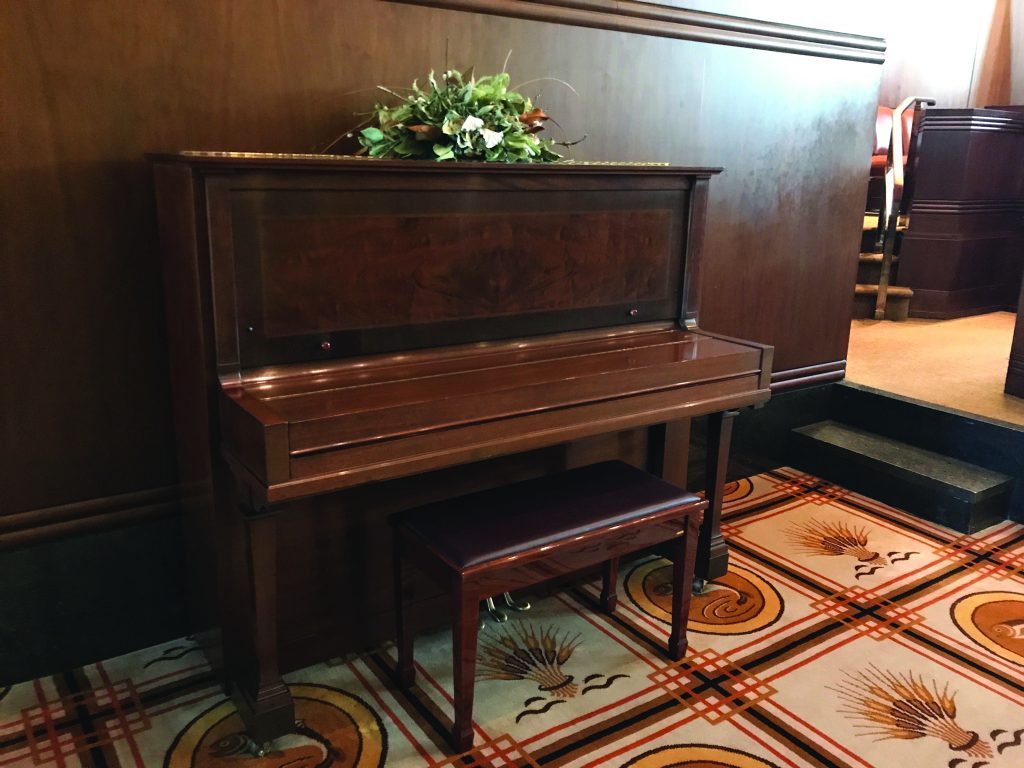 “The rich patina of the piano blends in beautifully and is a wonderful enhancement to our beloved chamber.“ 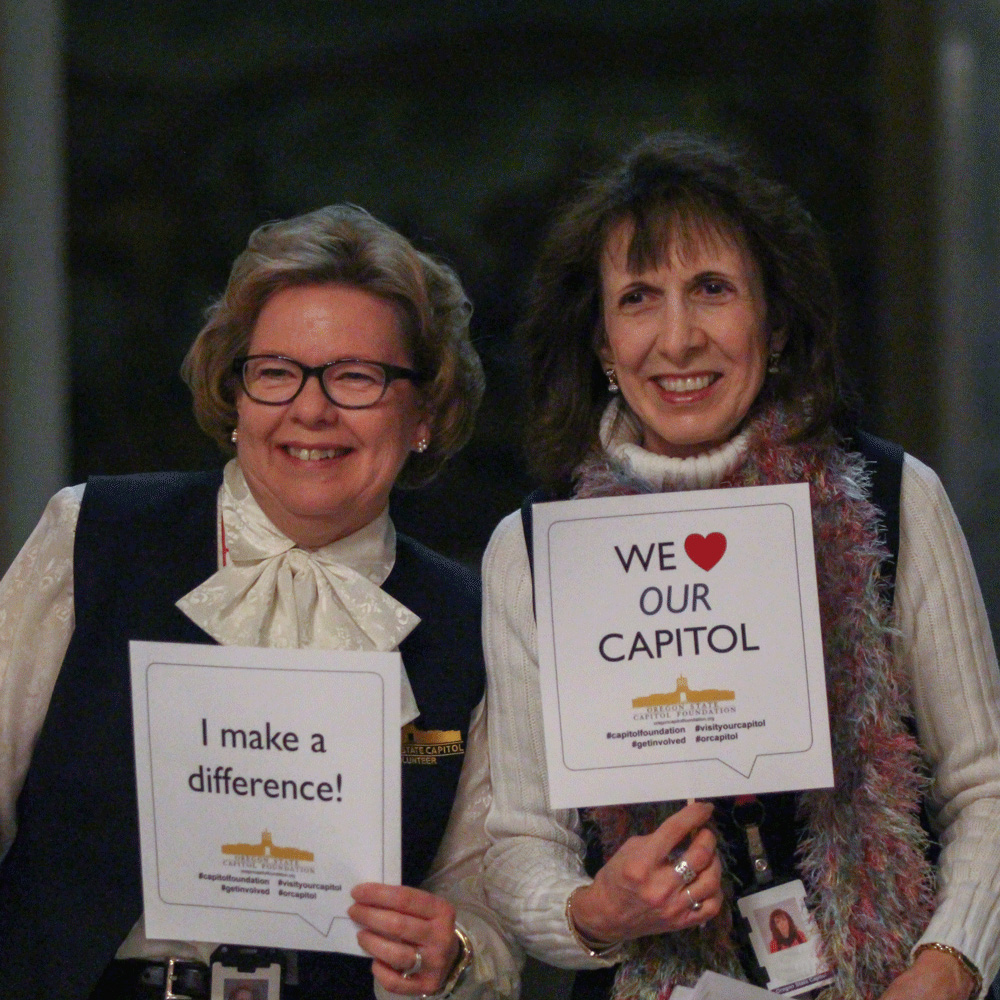 The Oregon State Capitol Foundation takes your investment in our work very seriously. Your gifts help accomplish incredible projects such as the gift of pianos to the Senate and House and the historic concerts that followed. We couldn’t do this work without you and trained Capitol volunteers. Thank you for your ongoing support.