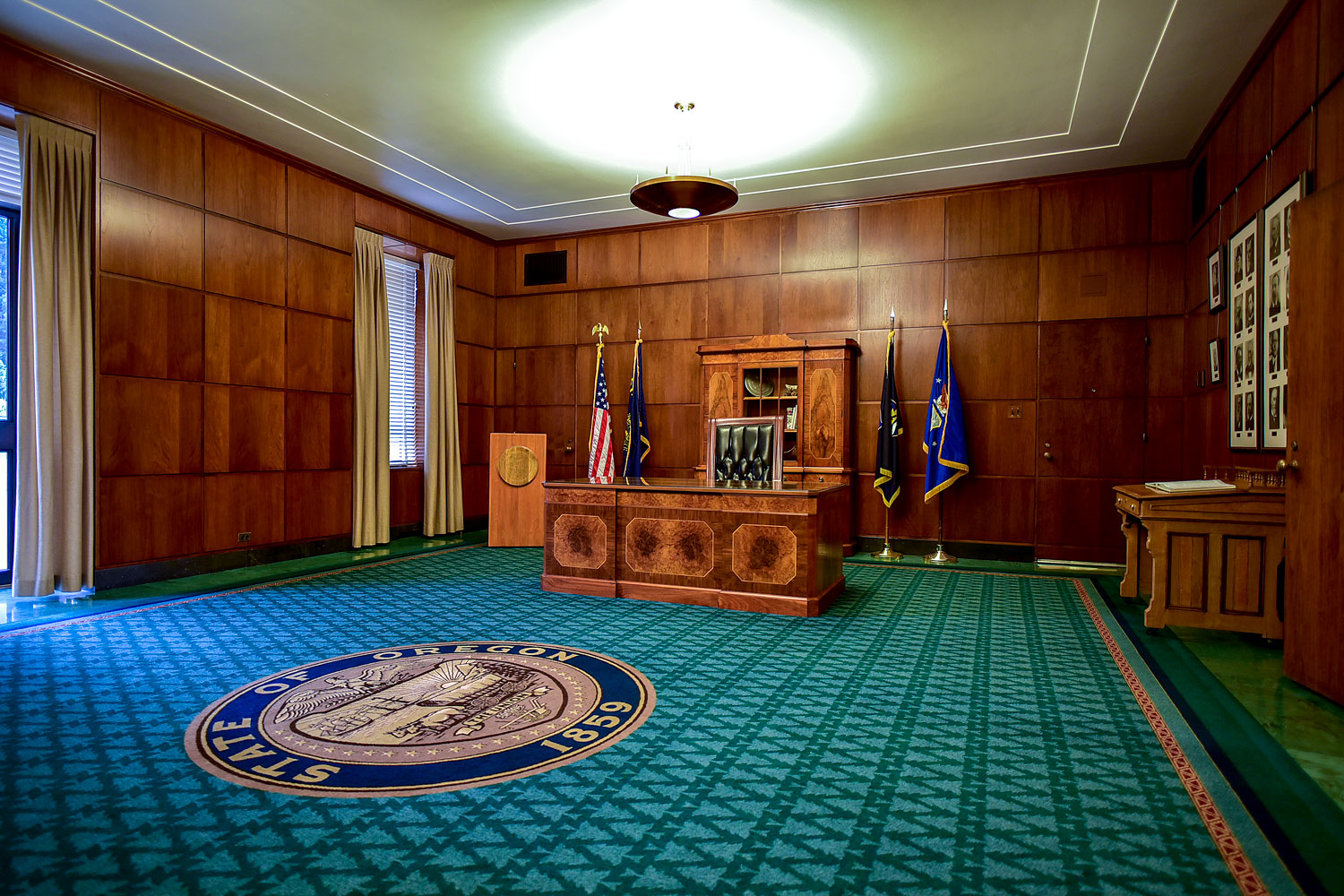 PRESERVING THE BEAUTY OF OUR CAPITOL

The 2008 Labor Day fire caused extensive damage from fire, smoke and water throughout the Oregon State Capitol. The restoration work for the governor’s ceremonial office and other areas of the governor’s office on the second floor did not begin until after the 2009 session because the damage there was the most extensive. It required sensitive design to address the historical aspects and to avoid disruption during the legislative session.

The fire did provide an opportunity to restore the governor’s office to something more in keeping with its stature and history. The goal established with Legislative Leadership and Legislative Administration was to restore the area as much as possible with available funds to its original aesthetics, with updates to lighting, mechanical systems and other infrastructure for more efficient function.

All those involved made an extra effort to preserve and reflect the 1938 design of the flooring. Previously, the rug in the reception room had an overall pattern of fir trees with a solid color border. The ceremonial office’s carpet had a more abstract pattern of trees or leaves. While the color of the original carpets is not known, they would have been complementary to the green tile. In the 1970s, wall-to-wall carpeting covered the rubber tile flooring in the governor’s offices following the removal of the original rugs.

The Capitol Foundation and others wanted to replace the outdated, well-worn carpeting. Instead of using wall-to-wall carpet, they came to an agreement to install tile once again in the ceremonial office and reception area replicating the original flooring – a green marbleized pattern – and install area rugs. 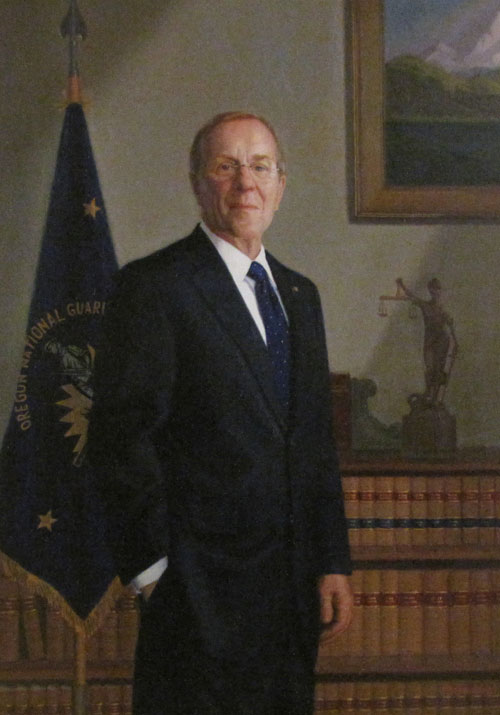 On one of his visits to check out the project’s progress, then Gov. Ted Kulongoski asked if the new rug in the ceremonial office could include the Oregon State Seal in its design. The governor thought that the seal design would enhance the beauty and prestige of the room. Because fire insurance would not cover a custom-designed rug, the governor agreed to raise private funds to pay the additional cost. The Oregon State Capitol Foundation assisted in the fundraising.

The restoration team immediately went to work on finding a designer and manufacturer for the new rugs. The architectural firm SRG Partnership designed the rugs, which Axminister — the same English firm that produced the House and Senate Chamber carpets — wove and Atiyeh’s in Portland finished. The ceremonial office carpet has a state seal on a field of green fir trees reflecting the original design of the 1938 rug. The rug in the governor’s office reception area is of the same color and pattern but without the state seal.

The governor’s office restoration was possible thanks to private donations and because of the work of the Fire Recovery Team, which included Howard S. Wright Construction, SRG Architects, Legislative Administration Staff and others. The governor’s office once again reflects the stature and history it represents.

Your gifts enhance the dignity and beauty of our Capitol. 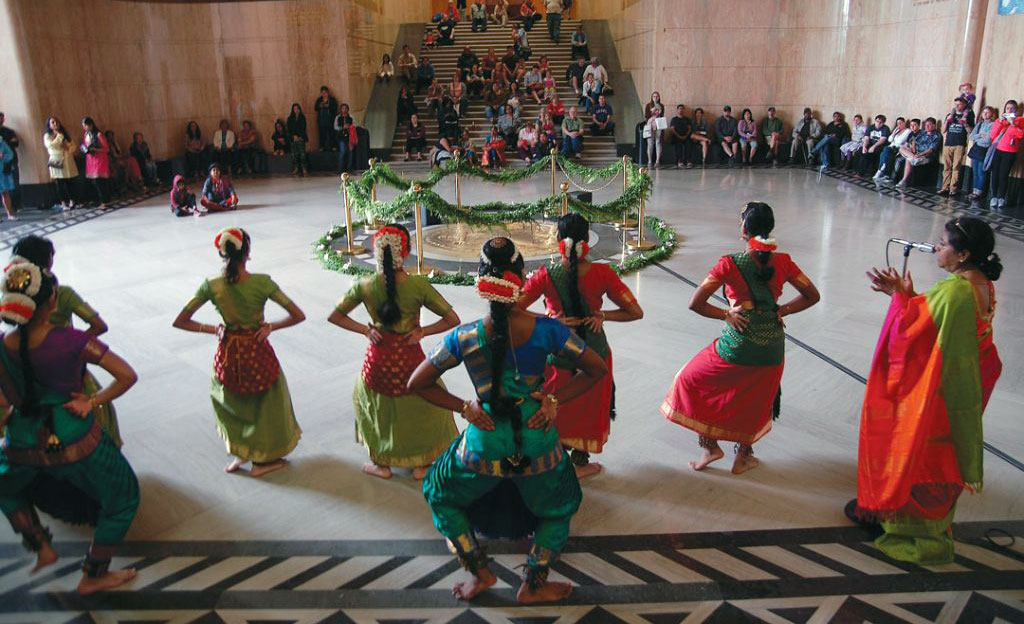 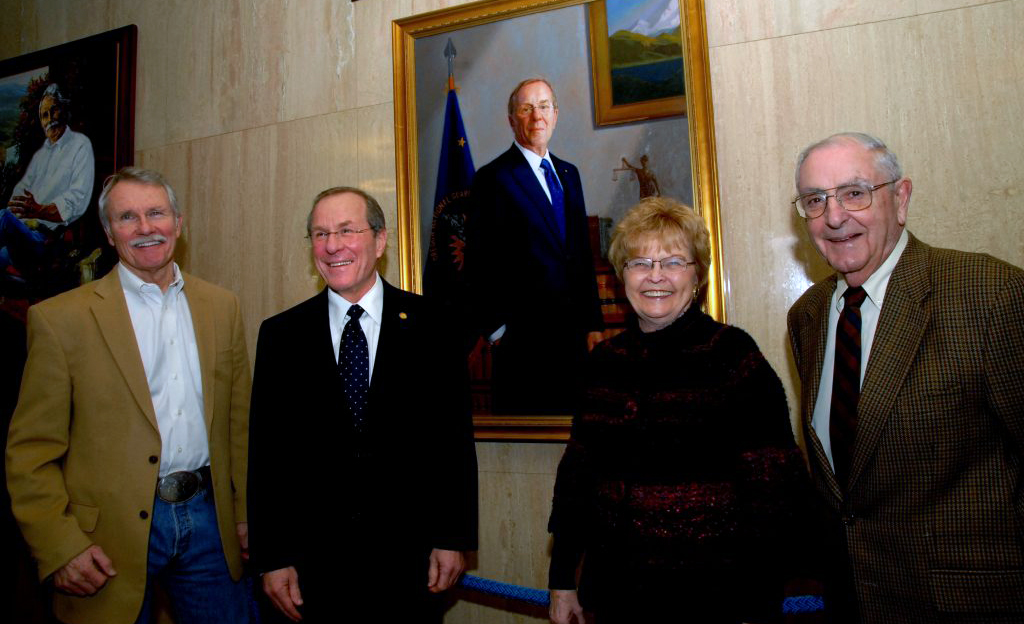 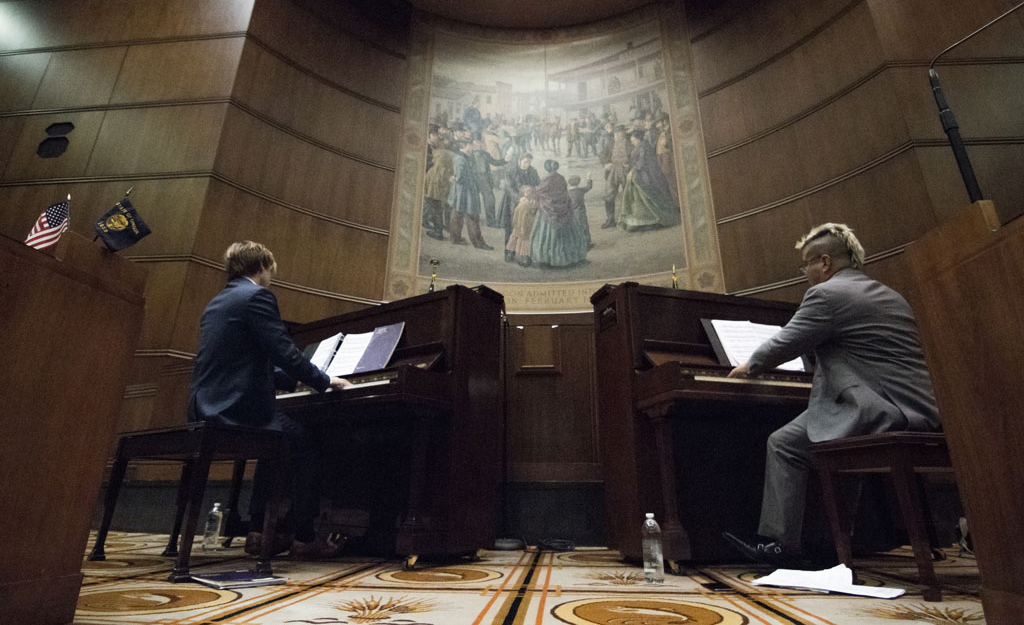