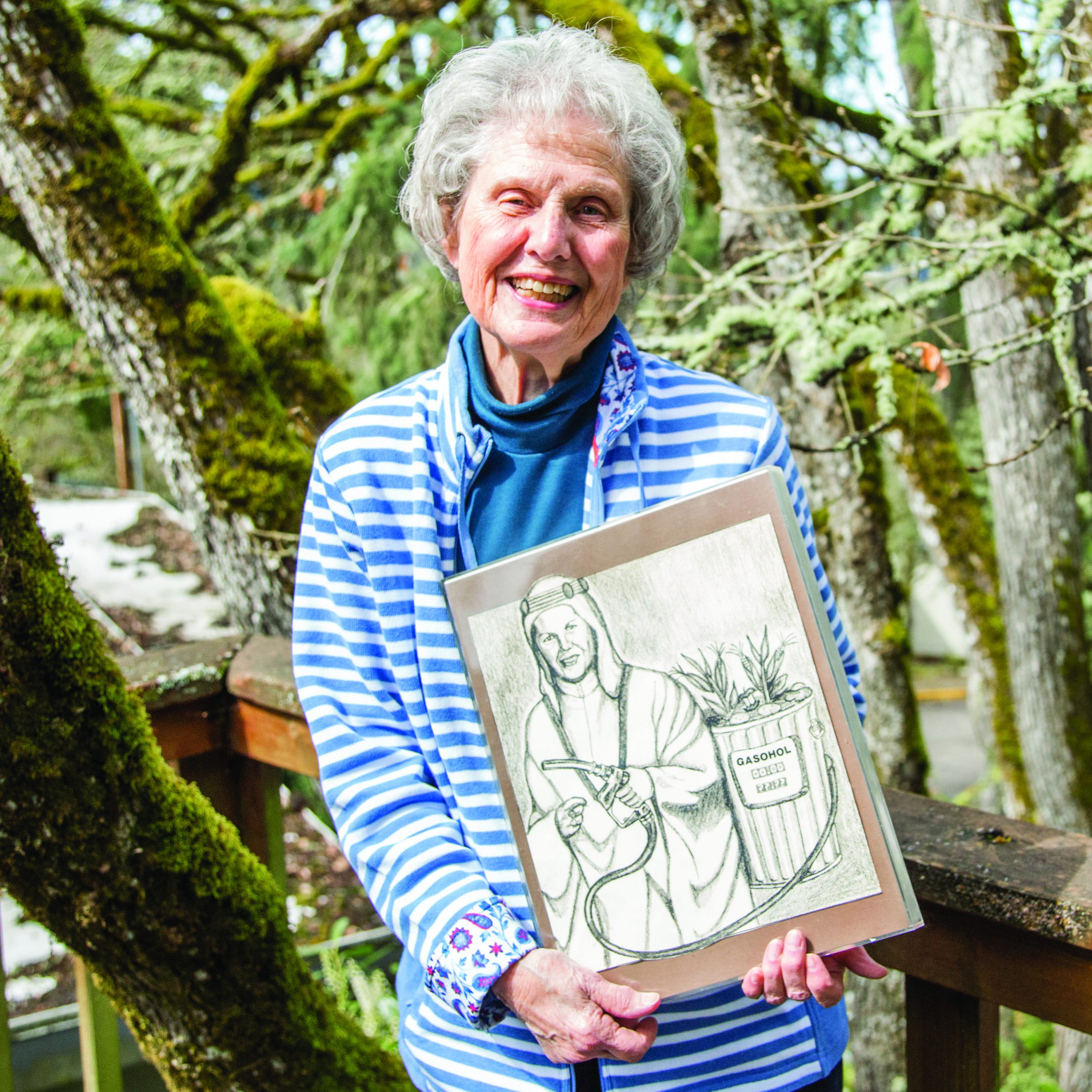 Nancie Peacocke Fadeley grew up as the daughter of a Methodist minister. Through this experience, she learned that taking care of others and making any place she lived a better place were important principles to practice.

Moving to Oregon in 1953, Fadeley noted that “It was a wonderful time to be in Oregon.” She met the Democratic dynamic duo of Dick and Maurine Neuberger within weeks of her arrival. They inspired her involvement in state politics.

Fadeley was elected to represent District 42 in 1971. Her knowledge of the legislative process as a former legislative assistant earned her important committee assignments. She chaired the House Environment and Land Use Committee. In that role, she helped shepherd SB 100, the land use planning bill, to passage along with other iconic environmental legislation in the 1970s such as the “Bottle Bill” and curbing field burning.

Fadeley was instrumental in the passage of women’s rights legislation. She aided in the passing of Oregon’s Equal Rights Amendment. She helped orchestrate the ratification of the ERA when it came under attack, as well as the Displaced Homemaker’s Bill.

Fadeley’s civic engagement after elective office continued. She served as a long time member and board member of the 1000 Friends of Oregon. She worked as a charter member of the grassroots organization, the Older Women’s League.